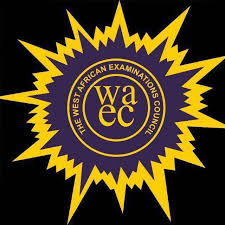 The West African Examination Council (WAEC) has released the 2022 WASSCE results of Nigerian candidates, while putting on hold results of others in connection to various examinations malpractices.

The results of 365,564 applicants have been withheld from public release as a result of several documented incidences of examination malpractice in the 2022 West African Senior School Certificate Examination (WASSCE).

The West African Examinations Council’s (WAEC) Head of National Office, Patrick Areghan, said this during a briefing on Monday in Lagos.

When announcing the results, he bemoaned the students’ inadequate exam preparation, stating they were no longer capable of learning.

“Reasons for this are not far-fetched. Candidates are no longer ready to learn. Preparations for examinations are poor,” he said.

“There is over-reliance on the so-called ‘Expo’, which is actually non-existent. Candidates simply got frustrated when they got into the examination hall and discovered that all they had celebrated was fake.

“This has pitiably led to some of them failing the examination, which if they had relied on themselves and studied hard, would have passed like many others.”

“The analysis of the statistics of the performance of candidates in the examination shows that out of the 1,601,047 candidates that sat the examination, 1,409,529 candidates, representing 88.04%, obtained credit and above in a minimum of any five subjects, including or excluding English Language and/or Mathematics,” he said.

According to the results, “1,222,505 candidates, or 76.36%, obtained credits and above in at least five courses, including English Language and Mathematics.”

Areghan emphasized that until a state makes good on its debt to the Council, the results of candidates it sponsored will not be made public.