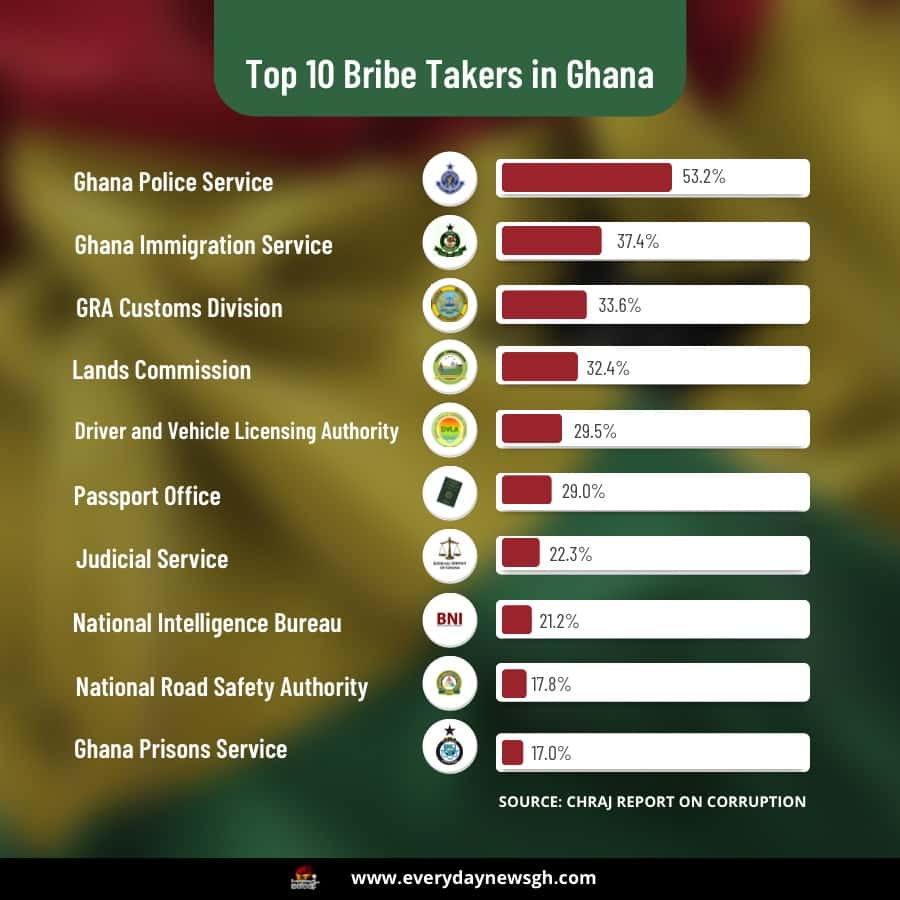 Here is the Top 10 List of Bribe Takers in Ghana to which the Ghana Police Service emerges first.

According to a report on corruption and bribery in Ghana, public officials received more than 17.4 million bribes in 2021.

The Commission on Human Rights and Administrative Justice, in partnership with the Ghana Statistical Service and with support from the United Nations Office on Drugs and Crime, compiled the maiden national survey, titled “Corruption in Ghana – people’s experiences and views”.

The research indicated that 24.9 percent of all survey respondents who had at least one encounter with a public official in the 12 months prior to the 2021 survey paid or were requested to pay at least one bribe during the same time.

The report revealed that the incidence of bribery among health workers other than doctors, nurses, and midwives is among the lowest, at 3.3%, and among elected government representatives, at 2.9%.

It turns out, however, that bribery is most common among police officers (53.2 percent), next Ghana Immigration Service officers (37.3 percent), and then Customs Officers of the Ghana Revenue Authority (GRA) (33.6 percent).

According to the CHRAJ and the Ghana Statistical Service, the following ten public officials take most bribes: