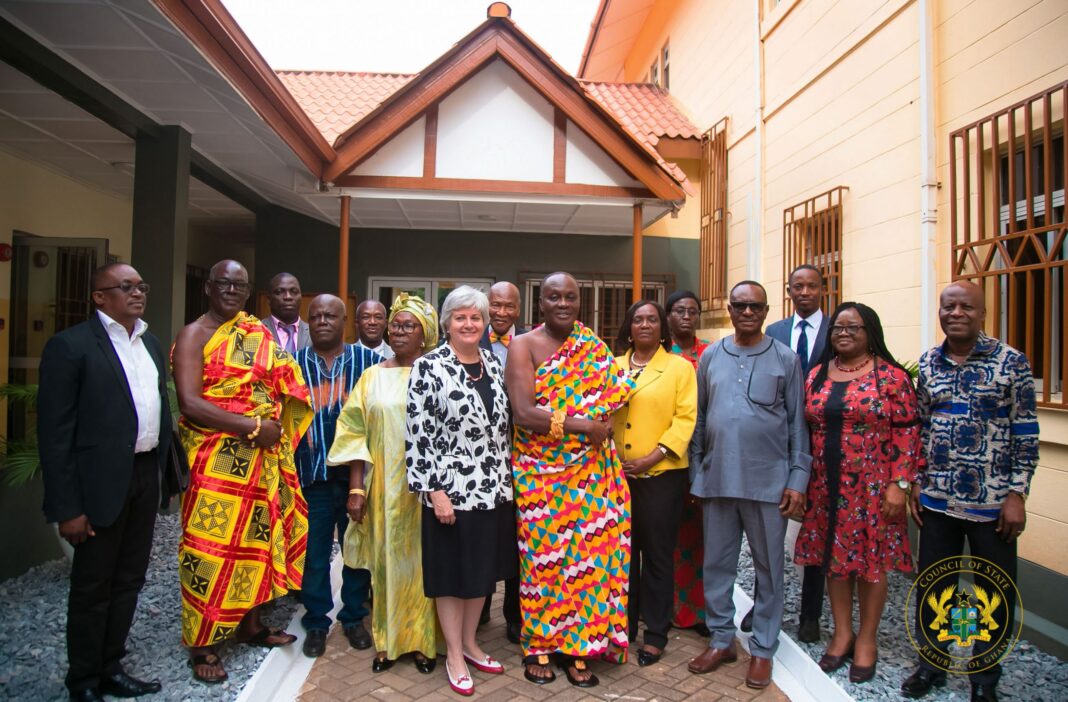 Here is an estimation of the various Salaries Of Council of State members in Ghana 2022/2023. There must be a driving force behind policies and programs for every government to be effective.

The Council of State

The Council of State in Ghana is a select group of influential and distinguished citizens, comparable to the Council of Elders in the traditional political system, that advises the President on national problems.

By Articles 89 to 92 of the 1992 Constitution of Ghana, the Council of State was established.

A former Chief Justice of Ghana, a former Chief of the Defence Staff, a former Inspector General of Police, and the President of the National House of Chiefs should comprise the Council of State. Additionally, each area in Ghana has an elected delegate. Additionally, the President of Ghana appoints eleven members. Members remain in office until the president’s tenure expires.

The council must hold four annual meetings. It can also convene at the request of the President of Ghana, Parliament, or at least five members in council.

Roles or duties of the Council of State

The Council of State deliberates and, in some cases, votes on matters of national importance, such as the disposal of national property or the taking of out loans.

According to the constitution, the Council of State has a role in national progress (Ghana).