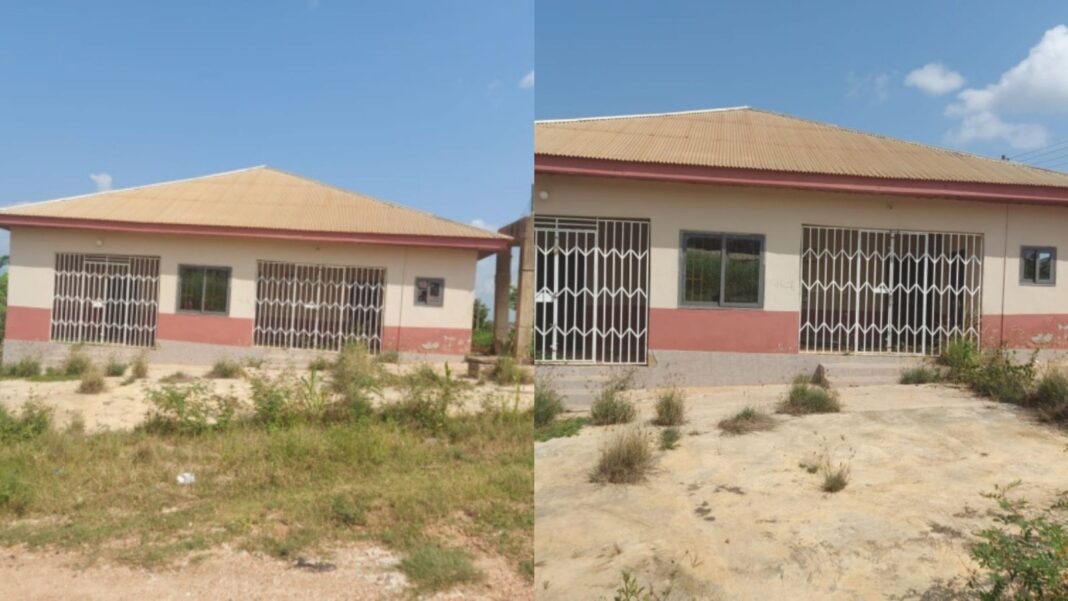 The assemblyman declared that he will carry out the required rituals by collaborating with the local elders of Ampabame No-1 in the Ashanti Region.

Residents of Ampabame No-1 in the Ashanti Region cannot use a new 32-seater toilet facility because river gods demand 5 humans as sacrifice before re-commissioning of the toilet facility.

Near the facility, a priestess who serves the Tano gods—guardians of the Bomofia stream—told Nhyira FM that the gods are irate because locals are dumping trash into the stream.

She added that the placement of the facility’s septic tank has angered the gods.

The Ampabame community self-help toilet project was launched in the Ashanti area of Atwima Kwanwoma in 2005.

Due to financial limitations, it was finished 15 years later.

After a previous commissioning, Assembly Member for the Area Richard Ofosuhene stated that due to the shrine’s requirement for human sacrifice, patronage of the restroom facility was low and it had to be locked up.

The Tano shrine is within walking distance of the 32-seat restroom facility, which is located beside the Bomofia stream.

The amount of garbage in the heavily polluted Bomofia stream makes it appear choked.

After what seemed like an hour of discussions with the gods, a priestess of the Tano gods informed the press team that the facility cannot be used without the necessary human sacrifice.

The assemblyman declared that he will carry out the required rituals by collaborating with the local elders of Ampabame No-1 in the Ashanti Region.

In other news, before constructing a cathedral, the government should concentrate on resolving the basic problems the nation is experiencing, according to afropop musician MzVee.

She claims that there are currently enough churches in the nation for that initiative to be a top priority.