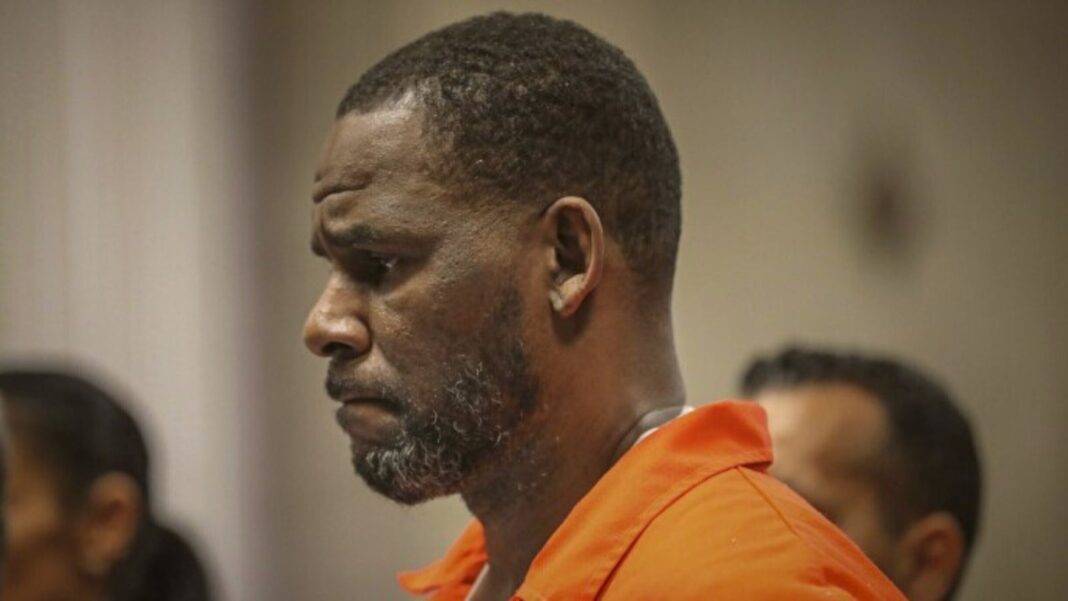 ‘I Pray That God Reaches Your Soul,’ Victim Tells Him.

R. Kelly was sentenced to 30 years in prison in a New York court on Wednesday.

Robert Sylvester Kelly, a 55-year-old singer, was found guilty of racketeering and eight charges of breaking the Mann Act, which forbids moving persons between states for prostitution.

45 witnesses testified for the government, and he has been imprisoned since July 2019.

He is still facing accusations in Chicago for child pornography and obstructing the course of justice, in addition to charges from state courts in Illinois and Minnesota.

A six-week trial revealed how Kelly had used workers and intermediaries to entice fans and aspiring singers into sexually abusive and controlling conditions, including locking them in rooms without food or access to a bathroom for days.

Kelly, one of the most successful hitmakers of the 1990s and early 2000s, was found guilty of all nine counts against him in September.

Given Kelly’s persistent threat to the public and obvious lack of remorse for allegedly leveraging his popularity to sexually and emotionally abuse alleged victims, many of whom were minors, federal prosecutors had requested a term of “in excess of 25 years.”

Even though Kelly had been found guilty of planning for decades to recruit women, underage girls, and men for sex, his lawyer, Jennifer Bonjean, who also represented Bill Cosby in his successful appeal of a sexual assault conviction last year, argued for a minimum sentence of no more than 10 years in prison, claiming that the singer’s own abuse as a child may have contributed to his “hypersexuality” later in life.

According to the Times, Kelly kept his head mostly lowered throughout the hearing while occasionally looking up at the judge or a witness. He was wearing black eyeglasses and a khaki shirt.

Kelly was accused of abusing young females throughout his career; the allegations initially surfaced in the early 1990s.

He married Aaliyah Haughton, a protégé singer, inexplicably in 1994 when she was just 15 years old using a forged identification card that his former manager later acknowledged he had obtained.

A graphic video that Kelly had recorded of himself having sex with a girl who was purportedly underage but refused to testify against him was delivered to the Chicago Sun-Times in 2000.

He was charged in 2002, spent a short time in jail, and was then exonerated six years later.

Nine women and two men gave graphic accounts of Kelly’s sexual and mental abuse at the trial last autumn, and several of them testified under oath that they were minors when he first had sex with them.

Kelly allegedly exhibits no remorse for or even acknowledgement of his unlawful behavior, displaying “a callous disregard” for the effects of his abuse, which was allegedly “fueled by narcissism and a belief that his musical talent absolved him of any need to conform his conduct” to the law, according to the prosecution’s letter regarding the sentencing.

Following the punishment, Kelly will probably be moved to Chicago, where he will stand trial in August on allegations of obstruction and child pornography.