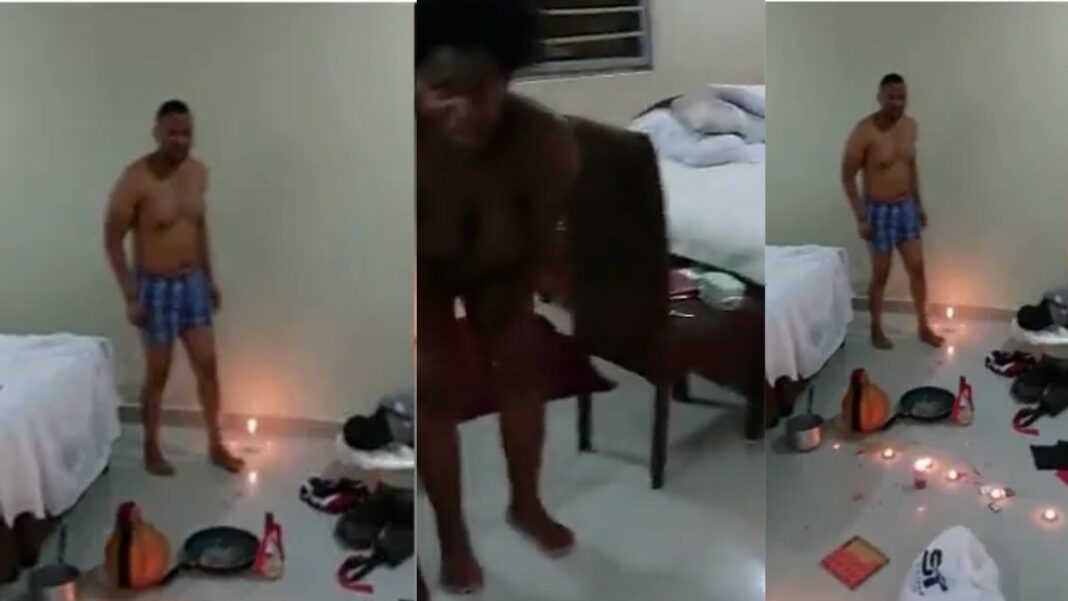 Pregnant woman who was caught cheating with pastor kills herself

Pregnant woman who was caught cheating with pastor kills herself.

A very sad news trending has it that the Pregnant woman who was caught few days ago cheating on her husband with a pastor has killed herself over public ridicule.

Martha, the pregnant woman received harsh attention on social media last week and as a result of the backlash, she reportedly committed suicide. It has been reported on by a number of Zambian media outlets.

Whilepregnant, Martha allegedly had sexual contact with a man, and her husband found out about it. Some have speculated that Martha’s mystery lover is actually her pastor, but no news organization in Zambia has been able to confirm or deny these rumors.

According to reports, Martha allegedly told her husband that she was going to visit her family in Kitwe but, in fact, she had other plans. Martha misled her husband about her plans.
When Martha’s husband returned home, he found out about the incident.

There are currently no public details about what occurred. However, the explicit content has been recently disseminated over social media.

Nonetheless, Twitter and Instagram have limits on how sexually explicit posts can be. Many people have condemned the spouse for making public what should have been discussed in private, since it was a sensitive personal problem.

Still others have argued that there’s no harm in calling something out for what it really is. Also, the woman could have denied or no one could have believed this story without evidence judging from the point that Martha was pregnant.

It turns out after the public ridicule and bashing on the internet for being caught cheating with a pastor, the pregnant woman has allegedly killed herself.

Pregnant woman who was caught cheating with pastor kills herself.