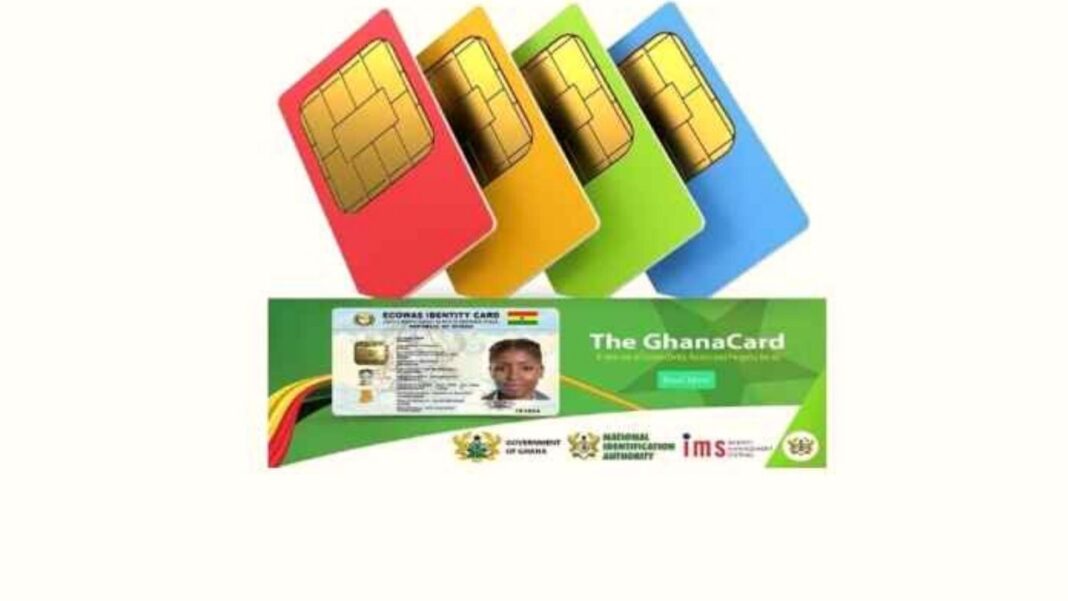 Only 39% of MTN customers have completed registration – New report

Only 39% of MTN customers have completed registration – New report. It has been revealed that the majority of MTN subscribers have still not updated their details with the necessary Ghana Card as the deadline for SIM card registration draws near.

Statistics shared by the Chief Executive Officer of MTN Ghana, Selorm Adadevoh reveals only 39% of MTN customers have completed registration.

The Chief Executive Officer of MTN Ghana, Selorm Adadevoh, provided these facts and promised that his company will use all reasonable efforts to encourage its subscribers to participate in the registration process.

Mr. Adadevoh revealed that as of May 2022, 16.5 million customers had linked their Ghana cards to their SIM numbers, representing 58 percent of the customer base, with 10.2 million having completed the registration process, representing 39 percent of the customer base, in a speech given at the 2022 MTN Media and Stakeholder Fora in both Accra and Kumasi.

“More work needs to be done, so we’re stepping up our efforts over the next five weeks to encourage more consumers to register their SIM cards so they can stay connected. I urge every one of our consumers to go complete their registrations,” he said.

Over 6,700 institutional activations have been performed, according to Mr. Adadevoh. The number of Registration Points (RPs), which include MTN Branches, Connect Stores, Field Teams, and External Agents, is anticipated to rise to 7,000.

In other news from Nigeria, authorities in Nigeria said that at least 77 persons who had been imprisoned in a church basement by pastors who had been preaching to them about Christians rising to paradise with Christ’s second coming had been liberated by police.

There were 23 children, some as young as 8, among the individuals who were rescued from the church in the state of Ondo on Friday night.

The Associated Press was informed by locals that several members of the Whole Bible Believer Church had been detained there since last year.

Pastors at the church, which is situated 46 miles (75 kilometers) outside of the capital of Nigeria, urged the congregation “to stay behind” and await the rapture, according to Funmilayo Odunlami, a spokesman for the Ondo police.

Despite the fact that two pastors are in detention, she claimed that there is no proof that the churchgoers were “abused and/or compelled” to remain in the basement.

According to the assistant pastor, he instructed them to obey their parents in the Lord, according to what the Lord had revealed to him, Odunlami stated.

Nigeria is a profoundly religious nation with a large religious leadership. Authorities have reportedly forced or willingly rescued individuals imprisoned by clerics before.

Only 39% of MTN customers have completed registration – New report