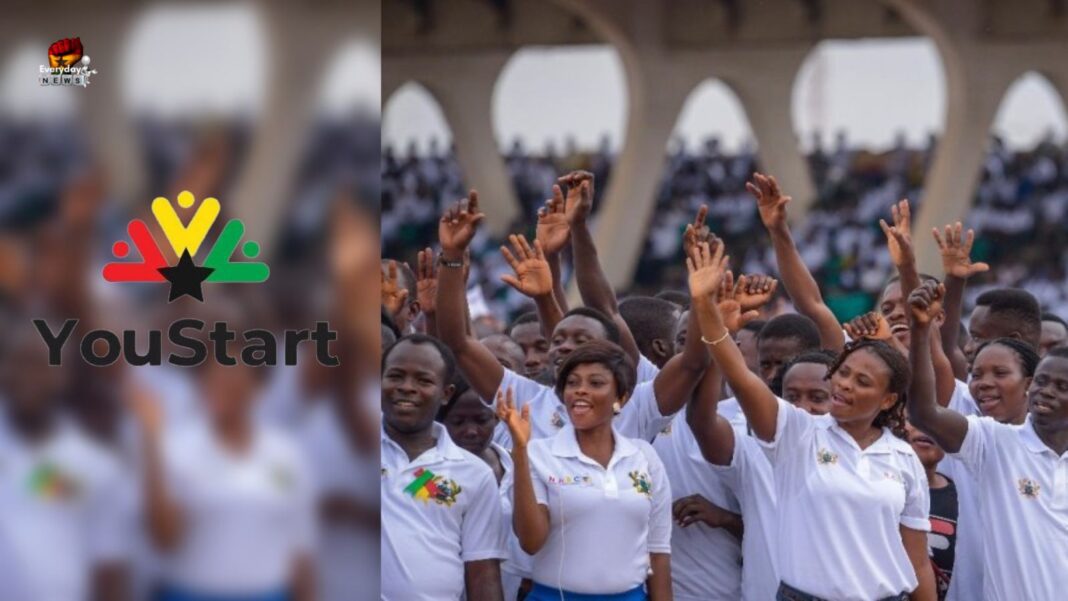 A group of individuals under the National Builders Corps (NABCo) indemnified as trainees have asked the government to delay implementation of YouStart until their pending allowances are duly paid.

All they are saying is “Ekom de yen” (we are hungry), and we may not live to see the Economy bounce back”.

The NABCo YouStart Program is one which the Deputy Finance Minister to be effective July 1st, 2022.

The purpose of the YouStart initiative, according to Madam Freda Akosua Prempeh, will help NABCO Trainees secure long-term employment through the mass entrepreneurship policy.

NABTAG, a group that represents NABCO trainees in Ghana, questions why the government plans to implement a new policy when their eight-month allowances are still unpaid.

According to a statement released by NABTAG on Monday, June 27, trainees at NABCO are currently struggling to make ends meet as a result of the government’s inability to keep its promises to them.

It has been disclosed by the organisation that many of the trainees under the program are struggling to make ends meet due to the present economic turmoil in the country.

As a result, they urged the government to pay their unpaid allowances and strive to keep NABCO trainees in place.

They have cried out that for the past eight (8) months, NABCO trainees have been unable to earn a living, but YouStart is about to be launched and this does not send the right message. “What positive assurance can that serve to inform the public on the outlook of the YouStart?” They stated.

The NABCo Trainees also also stated “The president’s nonchalant attitude over the current situation is disparaging to its lowest point. We have placed several calls on him to intervene, but the issue keeps exacerbating.

We humbly implore GES to consummate its processes in offering permanent appointment to Educate Ghana Trainees. The data collection exercise has been hanging far too long with no positive outcome. Information reaching [us] indicates that Ghana Revenue Authority is provisionally cushioning its trainees. We hope that the step taken will culminate in permanently placing them”.