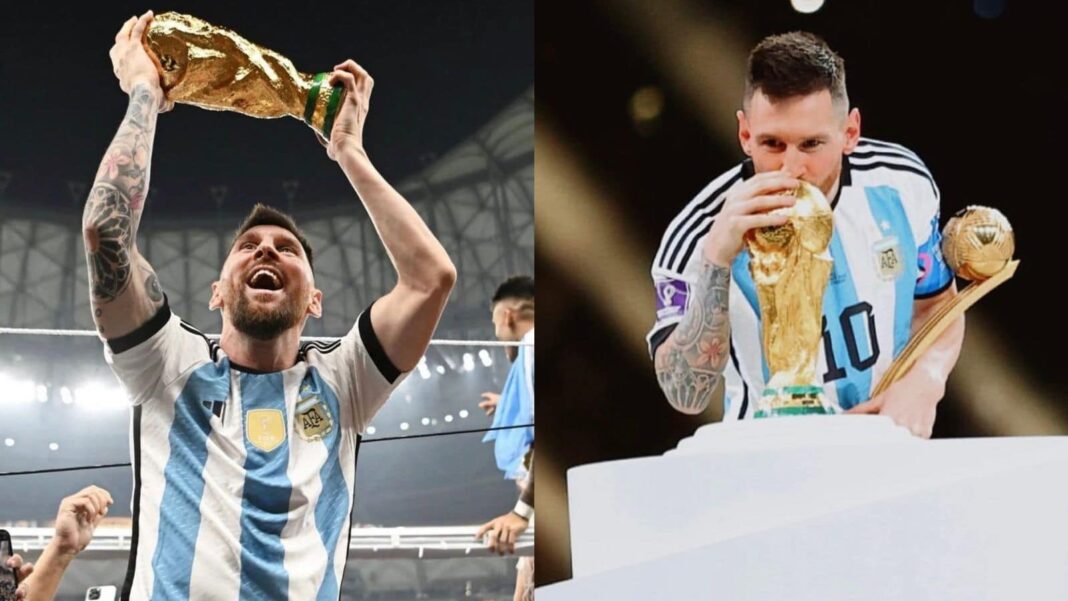 After Winning the Fifa World Cup 2022, Lionel Messi’s World Cup photo posted on Instagram becomes the most liked ever on the social media platform, surpassing the world record egg in just a day.

Many soccer fans believe Lionel Messi has officially ended the “GOAT” argument between himself and Cristiano Ronaldo after Sunday’s World Cup victory over France.

Lionel Messi’s Picture now becomes the most liked on Instagram with 57 million likes so far.
His post is currently the most successful on Instagram just as his career.

“CHAMPIONS OF THE WORLD!!!!!!!,” he posted. “So many times I dreamed it, so much I wanted it that I still don’t fall, I can’t believe it…… Thank you so much to my family, to all who support me and also to all who believed in us.

“We prove once again that Argentinians when we fight together and united we are able to achieve what we aim.

“The merit is of this group, which is above individuals, is the strength of all fighting for the same dream that was also the one of all Argentinians… We did it!!! LET’S GO ARGENTINA DAMN!!!!!We’re seeing each other very soon.”

Details of the Match

Messi led Argentina to its third World Cup victory and first in 36 years with Sunday’s victory over France.

Both teams scored twice in 90 minutes, and then tied 3-3 in extra time to force penalties. Messi scored twice for his team, and Kylian Mbappe scored Hat-trick for France.

For good measure, Argentina went on to win the tournament after converting all four of their penalty kicks to dethrone the defending champions, who only managed to score on two of theirs.

On Monday afternoon, when he was flying back to Argentina with the Jules Rimet trophy, Messi uploaded another Instagram photo of himself clutching the World Cup. This picture is  also fast spreading and could have the potential to also break records.