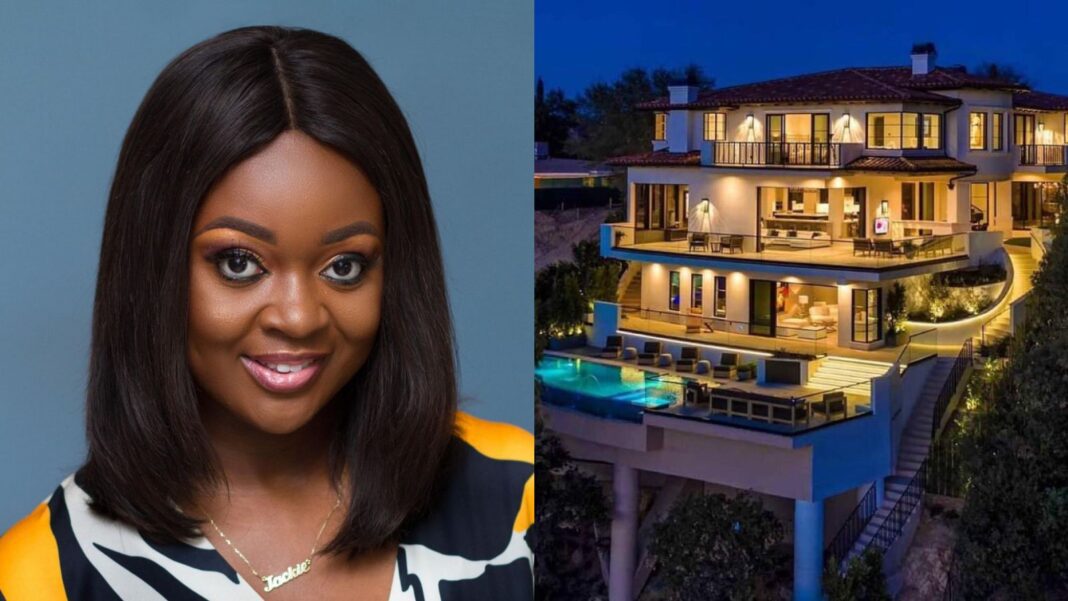 Jackie Appiah tops the trends as Pictures and Videos of her posh Mansion go viral.

After a video of Jackie Appiah’s luxurious home piped up on social media, the actress has topped Twitter’s trending list.

The Ghanaian Actress has become the talk of the day on all other social media platforms as well. Jackie Appiah looks to be living in the glory of her fame and snatching up all the cool admirers now.

Luchy Donald, a Nigerian actress and producer who met Jackie at Trassaco, posted a video of her mansion there.

In the video, Luchy Donald and Jackie were seen touring the mansion.

“Guys na woman do am ooh no be man,” the Nigerian actress said of her house, which she called “Mighty.”

Following the discovery of her lavish estate, which she has kept hidden from the public, her followers are gushing with praise for her many achievements.

As far as the general populace is concerned, Jackie’s extravagant lifestyle is well-known.

They were mistaken for nothing more than a prop until they discovered her ‘vast palace,’ complete with cutting-edge furnishings and equipment.

It’s not uncommon for women to face discrimination in the workplace because of their gender, but some have lauded the actress for defying the odds and succeeding in spite of this.

Shatta Wale, who called her a prostitute just a few days ago, is widely believed by some, according to this recent discovery, to be less richer than Jackie Appiah. They believe the screen goddess is far richer than Shatta Wale.