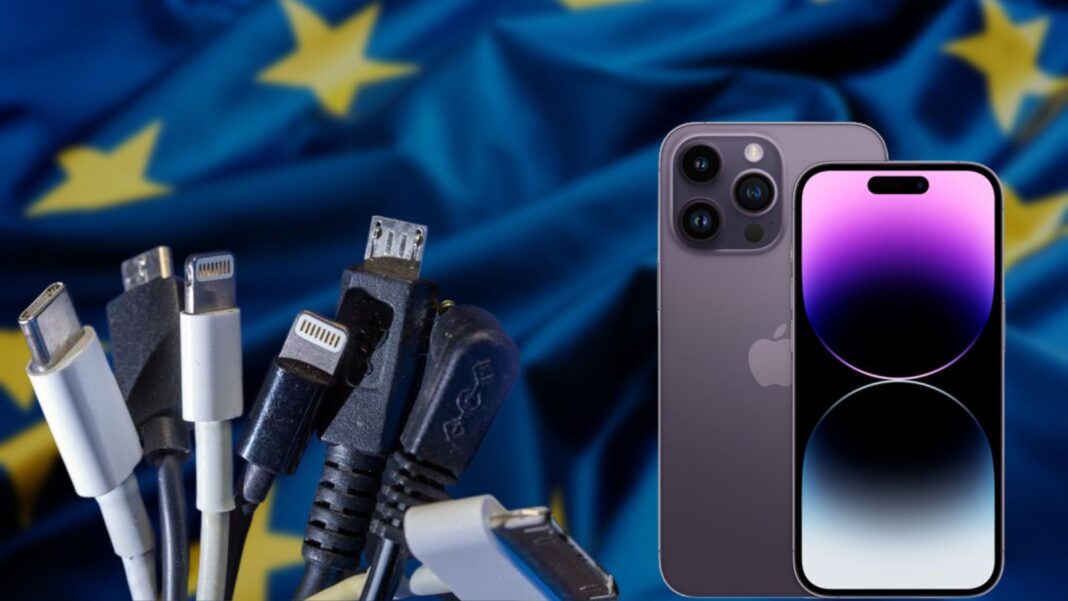 EU lawmakers has passed a single charger law for all mobile devices by 2024. This decision has Forced Apple, the producers of iphone to Redesign Charging Port?

By 2024, it will be mandatory for all mobile devices and digital cameras to support the USB-C connection. As a result, Apple has a dilemma on its hands.

On Tuesday, the European Parliament passed a law mandating the standardization of chargers for all electronic devices.

When the rule is finally implemented in 2024, it will most certainly have an effect on Apple and its products. As a result, the tech giant will be compelled to switch to the more standard USB-C format for its charging port.

Apple opposed the change for a very long time on the grounds that it would result in enormous quantities of electronic waste.

Nonetheless, some industry watchers think it would improve sales of new Apple products since customers will be more interested in buying devices that have a USB-C port.

Companies like Samsung, Huawei, and Amazon, who make e-readers and wireless headphones, will also have to adapt to the new charging standards.

Consumers in the European Union have been complaining about the necessity for too many different types of chargers for their gadgets, prompting the suggestion to be considered for years. The European Commission has calculated that Europeans will save roughly €250 million ($247.3 million) thanks to the unified charging system.

About half of all phones sold in the EU in 2019 had a USB micro-B connector, while 29% had a USB-C port and 21% used an Apple Lightning cable, according to a survey conducted by the Commission.

As this new law requires a change or redesign for Apple, will they be Forced to Redesign the Charging Port of their iphone?