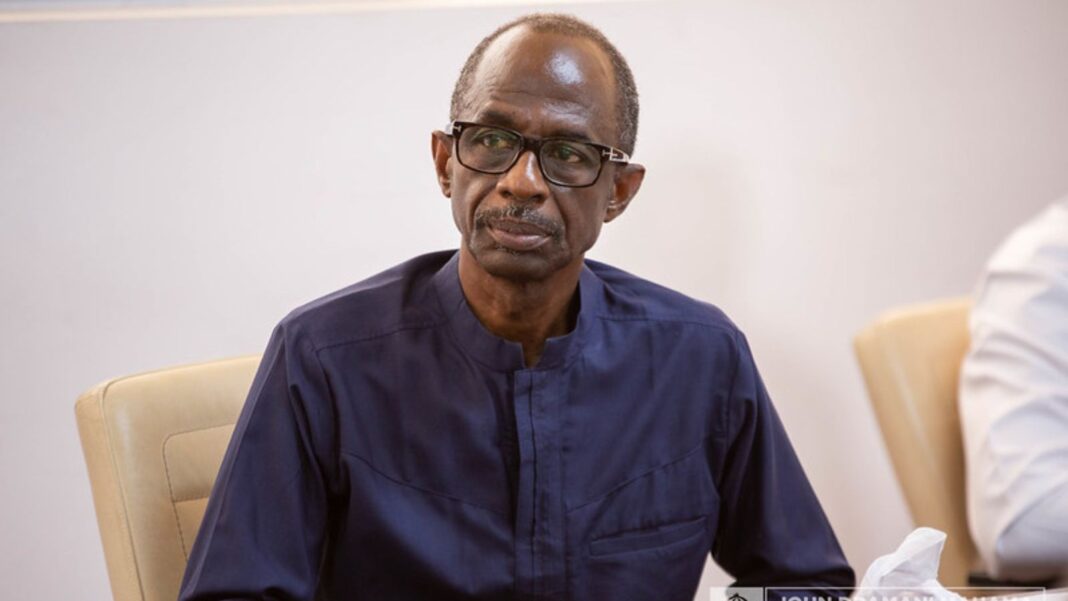 I Listen To Bawumia If I Want To Be Entertained – Asiedu Nketia. General Secretary of the largest political opposition party, NDC, Mr. Johnson Asiedu Nketiah has remarked he listens to Bawumia if he wants to be entertained.

Asiedu Nketia said; “I listen to Bawumia only when I want to be entertained”.

Vice President Mahamadu Bawumia accused the NDC of contributing to the nation’s current economic unrest in a message to the country on the government’s intention to ask the IMF for a bailout.

“The excess capacity payments of GHC 17 billion related to a legacy of take or pay contracts that saddled our economy with annual excess capacity charges of close to $1 billion.

“These were basically contracted to supply energy to Ghana way in excess of our requirements, but we were obligated to pay for the power whether we use it or not.

“The excess capacity payments includes GHC 7 billion of payments for gas resulting from the previous government signing an offtake agreement for a fixed quantity of gas with ENI Sankofa on a take or pay basis which was way in excess of what was needed at the time.

“Not keeping up with the excess capacity payments would have meant throwing the country back into a new bout of dumsor”, he said pointing accusing fingers.

“As a result of the banking industry’s poor management, we too experienced a banking crisis. Dr. Bawumia continued, “Ghana’s banking system was in danger of collapsing, and if we had not taken prompt action, it would have been disastrous for the economy and resulted in the loss of millions of people’s savings.

The NDC insider claimed that the Vice President’s comments up to this point have been completely lighthearted and without even the slightest sense of seriousness.