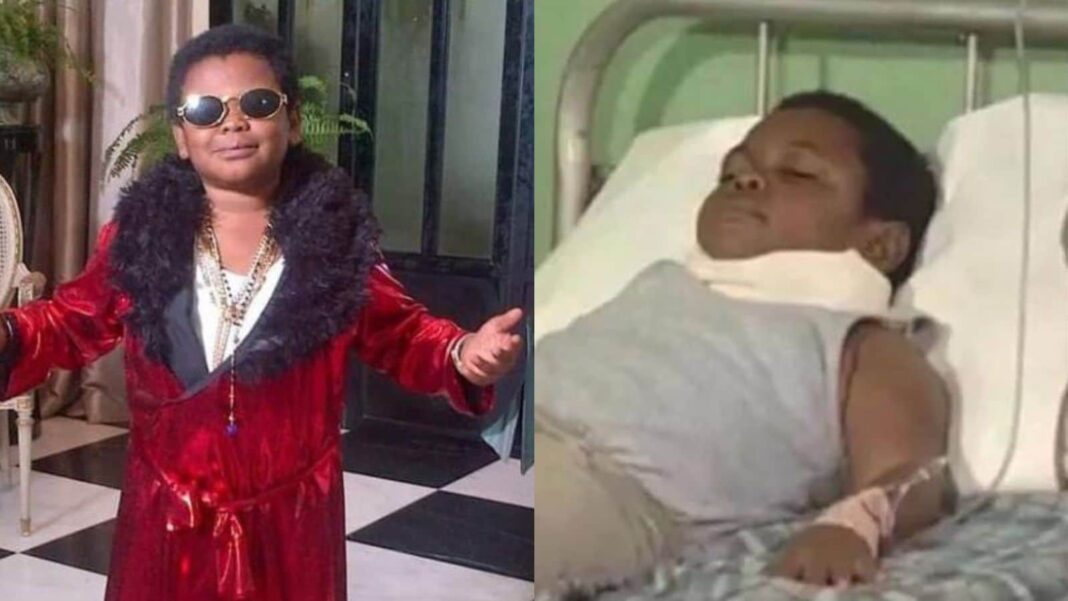 The persistent yahoo boy used a picture of Pawpaw in the hospital to convince the trusting white person that his son was seriously ill and required immediate financial assistance to cover the costs of his treatment.

A screenshot posted online purportedly showed the young man saying that Pawpaw was his hospitalized son.

He stated that he does not have the $3,000 required to pay for the medical care as requested by the doctors.

In other news, a sad incident trending has it that the Pregnant woman who was caught sometime ago for cheating on her husband with a pastor has committed suicide over public ridicule and internet trolls.

Martha, the pregnant woman received harsh attention on social media last week and as a result of the backlash, she reportedly committed suicide. It has been reported on by a number of Zambian media outlets.