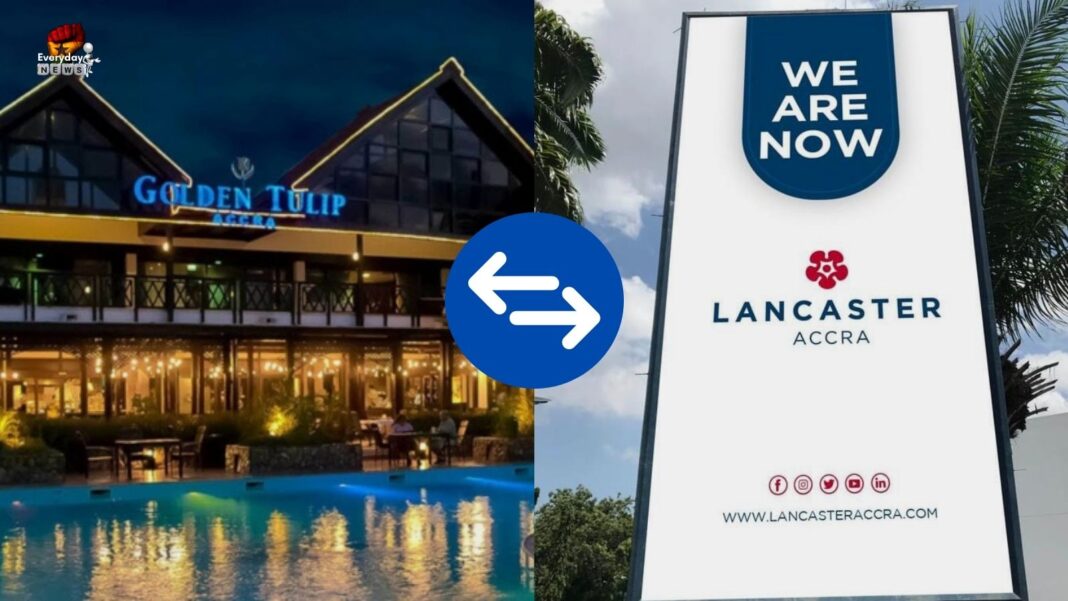 From July 1, 2022, the Golden Tulip hotels in Accra and Kumasi will be identified as Lancaster Hotel. According to reports, some Lebanese investors have purchased the hotel.

The Golden Tulip Hospitality Group is a brand that franchises and manages hotels across Europe, Asia and the Pacific, the Middle East and Africa, and the Americas.

“We are happy to also announce that the hotel under this new name will be going through refurbishment by enhancing most of the facilities”. the statement added.

Take a look at the statement below: