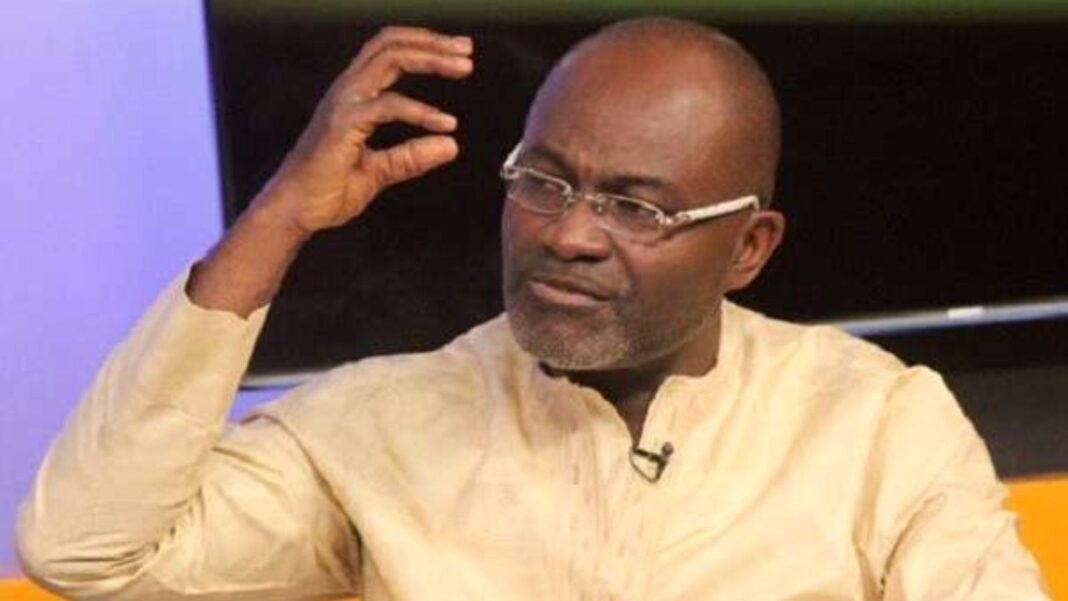 Going to IMF is like handing over power to NDC without a contest – Kennedy Agyapong.
He said this decision will make breaking the 8-year cycle by the party tough.

Assin Central lawmaker, Kennedy Agyapong has expressed going to the IMF is like handing over power to NDC without a contest.

Kennedy Agyapong has voiced his displeasure with the New Patriotic Party (NPP) administration’s choice to seek assistance from the International Monetary Fund (IMF).

It will be challenging for the party to break its eight-year cycle, he claimed.

Because the NPP condemned the NDC government when they visited the Breton Woods institution, in his opinion, this amounts to giving over power to the NDC without a vote.

Mr. Agyapong, who previously stated that any party seeking assistance from the IMF will fail, after the NDC did so, said he is unsure of what to say now that his own party has made the same choice.

“It’s like giving over power to the NDC without a vote or discussion right immediately because of the fuss we made, and I regret saying that the NDC sought assistance from the IMF as a result of poor economic management.

“What am I going to say if NPP approaches the IMF? It will therefore be difficult to break the eight.

My message to you is straightforward: “Those who take you to the IMF cannot break the eight,” he stated Friday at a training for NPP National Constituency Officers Welfare in Koforidua, in the Eastern Region.

“You cannot read my lips, and I am not afraid of anyone in the party,” he added.

The International Monetary Fund (IMF) has been invited to support an economic program developed by the Government of Ghana, and President Nana Addo Dankwa Akufo-Addo has directed his Finance Minister Ken Ofori-Atta to begin formal negotiations with the IMF.

This came after the President and Miss Kristalina Georgieva, the IMF Managing Director, had a phone call in which they discussed Ghana’s decision to work with the Fund.

This was disclosed in a statement released by the ministry of information on Friday, July 1.