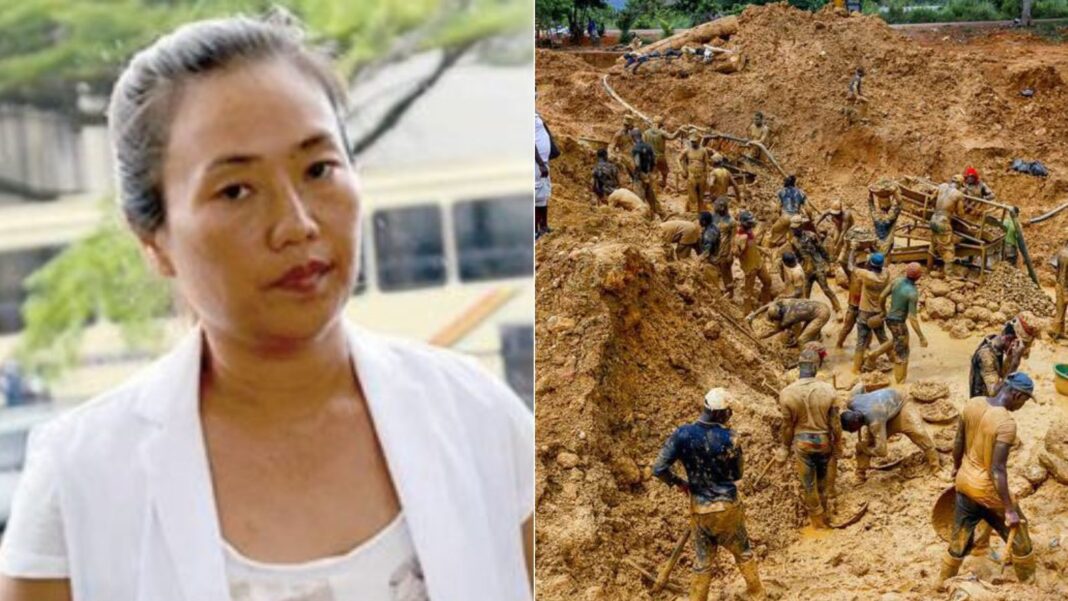 Galamsey kingpin Aisha Huang re-arrested after sneaking back into the country.

According to reports, she sought for a Togo visa before crossing into Ghana to carry on with her galamsey business at a town in the Ashanti Region.

Galamsey kingpin Aisha Huang has been re-arrested after sneaking back into the country.

Aisha Huang, a Chinese citizen who rose to prominence as a kingpin of illegal mining (Galamsey) in 2017, has been remanded into police prison by the Accra Circuit Court 9.

After hearing Aisha’s appeal on Friday, the Accra Circuit Court remanded her into legal custody. She had to be remanded since there was no Chinese interpreter.

The court, presided over by Mr. Samuel Bright Acquah, remanded the three, including a girl (Jei), into lawful custody with a September 14 court date for a hearing because they have all rejected the charges.

Detective Chief Inspector Frederick Sarpong asked for their remand in custody while the case was being investigated before the court.

The complainants are security and intelligence officials, whereas the defendants are Chinese nationals, according to the information given in court.

According to the prosecution, Aisha had become well-known for participating in numerous small-scale mining operations known as “galamsey” throughout the nation.

According to the report, Aisha was detained in 2017 for a related offense but was able to “slip out of the country without punishment.”

According to the prosecution, Aisha “sneaked” into Ghana at the beginning of this year after changing the information on her Chinese passport.

After being arrested in May 2017, Aisha Huang earned some recognition and was dubbed the Galamsey Queen.