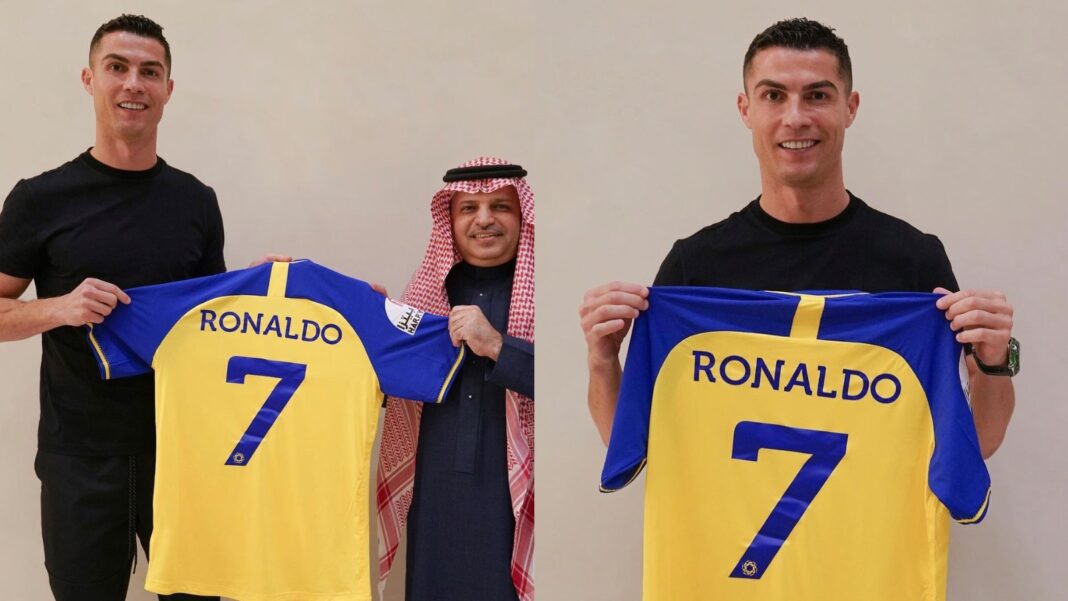 The Portuguese superstar reached an agreement to join Saudi Arabian football club in a deal worth $75 million per year.

According to reports, Ronaldo was first mentioned in connection with Al Nassr in November, and on Boxing Day, the club was reportedly interested in having the player undergo a medical. Ronaldo has since agreed to a $75 million per year contract with the club.

It was reported on Friday by Saudi official TV al-Ekhbariya that Cristiano Ronaldo has signed a two-year contract with Saudi Arabian club Al-Nassr.

In confirmation of the signing, Cristiano Ronaldo posted a picture of himself with a jersey of the club on his Instagram page.

“This is more than history in the making. This is a signing that will not only inspire our club to achieve even greater success but inspire our league, our nation and future generations, boys and girls to be the best version of themselves. Welcome @cristiano to vour new home @alnassr_fc” he captioned.

According to Al-Ekhbariya, Cristiano Ronaldo will begin with  Al-Nassr in January as he joined the club few moments ago.

Last month, on the eve of the World Cup, the 37-year-old departed from Manchester United.

The attacker had previously given a televised interview in which he slammed the club and their Dutch manager, Erik ten Hag, for not respecting him enough.