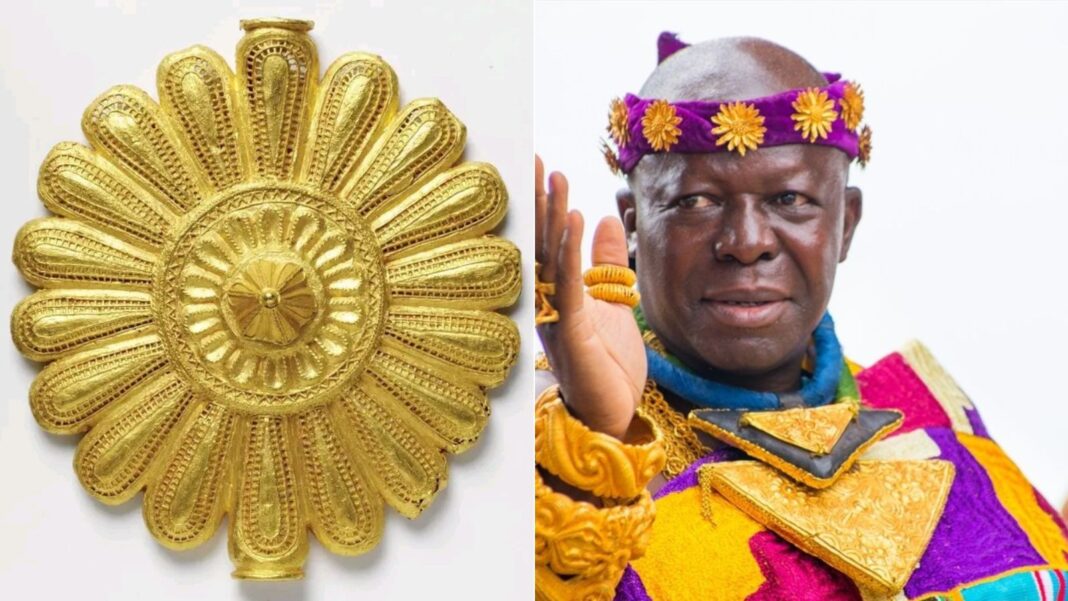 British Museums are set to return 19th century Asante gold regalia it looted in the days of imperialism.

They are giving back the ornaments they looted from two powerful Kingdoms that battled their empire vehemently. Both the Benin and Asante Kingdoms are in West Africa.

Following director Tristram Hunt’s recent trip to Ghana, the Victoria and Albert Museum (V&A) is set to restore Asante gold regalia to that country. These artifacts were taken during a British retaliatory raid in 1874.

Although the return of Benin bronzes to Nigeria from museums in Europe and America is the subject of current attention on a global scale, objects from the Asante kingdom may be just as important.

Two of the greatest West African cultures are represented by Benin and Asante (now in Ghana). When the V&A returns artifacts to Ghana, the British Museum, which has a considerably larger Asante collection, will unavoidably come under more pressure.

After the British colony of the Gold Coast was expanded in 1872, tensions with the neighboring Asante kingdom grew. British troops arrived at Kumasi, the capital of Asante, in January 1874.

The palace of Kofi Karikari, the king (Asantehene), was looted and destroyed by Queen Victoria’s army. Then, in an apparent attempt to recoup the costs of the punitive attack, they sought 50,000 ounces of gold.

The Asante king’s governmental emblems were taken from him when the gold regalia were taken. Over the course of many years, tensions persisted, and additional valuables were taken during subsequent military operations in 1896 and 1900.

People reacting to the news, the subject of whether to keep these gold regalia at the Ghana National Museum or the Manhyia Palace Museum when they are returned is being discussed.

Many people believe the artifacts are Asante artifacts, hence they must be kept at the Manhyia Palace Museum.

The Manhyia Palace Museum is now being extended, and its reopening will probably take place when the stolen regalia from the Aban Palace that Asantehene Kofi Karikari’s rule in 1874, 1876, and 1896 are returned.