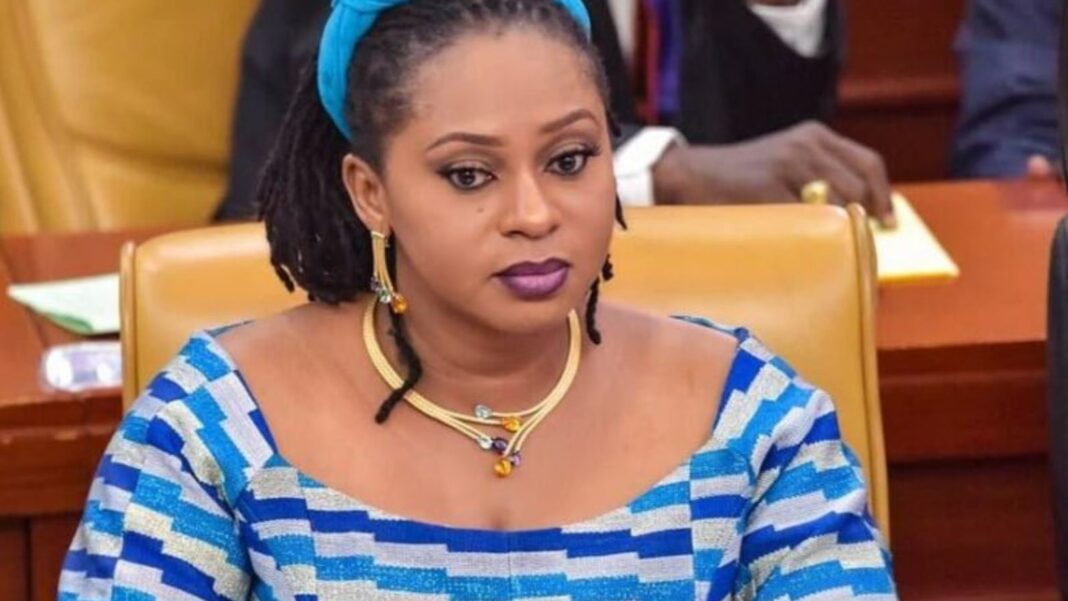 Hon. Sarah Adwoa Sarfo has been absent from both ministerial and parliamentary for a long time, thereby contravening the laws of the land to hold up oneself as a minister and an MP.

In a letter signed by Eugene Arhin, from the Office of the President is therefore directing Mad. Cecilia Dapaah, Minister for Sanitation and Water Resources to act as a caretaker over the Ministry of Gender, Children and Social Protection until a substantive minister is appointed by the President.

According to the letter dated July 28th, the move by His Excellency Nana Addo Dankwa Akufo-Addo is in line with Article 81 (a) of the constitution of the Republic.

Today, July 28, 2022, the Speaker of Parliament, Alban Bagbin, is anticipated to deliver a statement regarding the future of Sarah Adwoa Safo, a member of the Dome Kwabenya Parliament.

This comes after the Privileges Committee’s findings was laid forth about her absence from Parliament. Whether or not her seat should be declared vacant was decided upon in a 50-50 decision in the report.

The committee was unable to come to an agreement on whether the committee should declare the member’s seat vacant if she skips more than the required 15 days without permission.

The Minority argued that the seat should not be declared vacant in accordance with the principle of natural justice because Adwoa Safo failed to present her side of the story to the committee, according to a copy of the report made available to Everydaynewsgh.com.

The Majority wants the seat declared vacant right away in accordance with the stated constitutional provisions.

Before the house adjourns today, the Speaker will reportedly render a decision on the issue, according to Everydaynewsgh.com sources.

The Committee however contends that Sarah Adwoa Safo missed multiple opportunities to provide an explanation for her absence without leave.