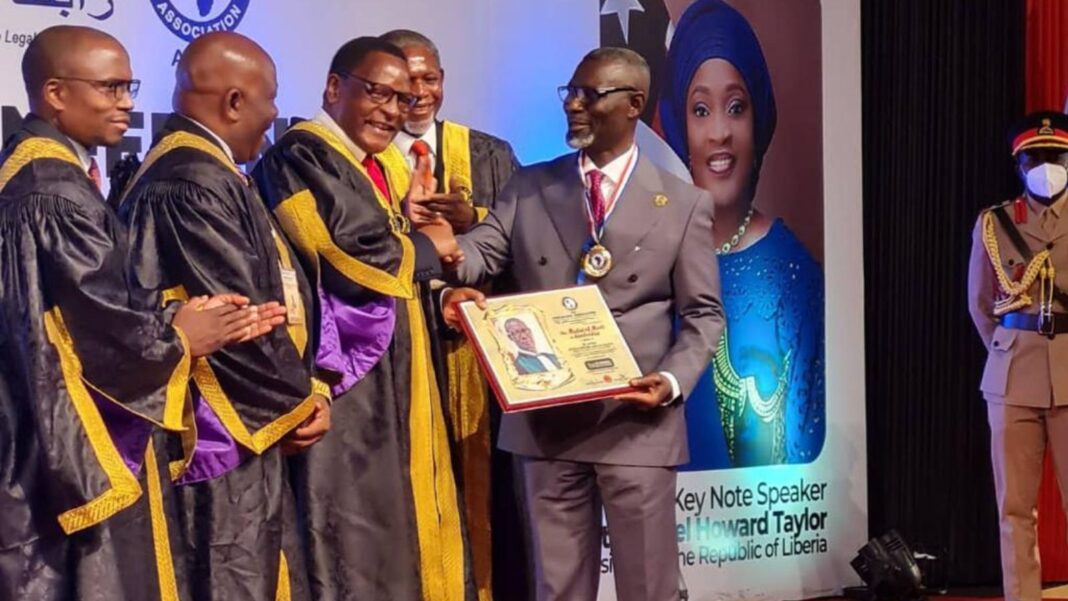 During the opening ceremony of the ABA’s 2022 annual conference, today, August 8, 2022, Justice Edward Amoako Asante, the ECOWAS Court President was gracefully honoured. This happened in Lilongwe, Republic of Malawi.

The ECOWAS President was honoured because of how well he led the Court in making important decisions. In a message prior to the award, the Court described the award ceremony as a recognition of President Asante’s excellent leadership, which has improved the court’s image as a model among Africa’s regional courts.

Acknowledging Justice Asante was Professor Muhammed Tawfiq Ladan, Director General of the Nigerian Institute of Advanced Legal Studies. According to him, the ECOWAS Court President is an embodiment of justice as well as a champion of human rights in the administration of justice.

During the ceremony, a number of other notable people received awards.

The likes of Professor Benedict Oramah, President of the Cairo-based AFREXIM Bank, and former presidents John Kufuor of Ghana and Pedro Pires of Cape Verde were honoured.