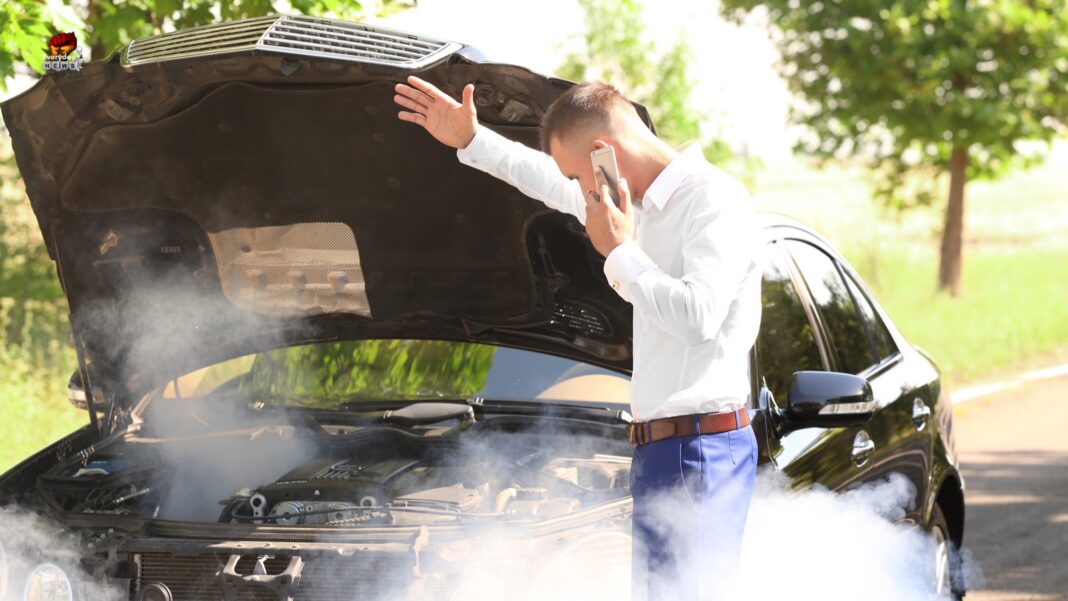 Here are four (4) Possible reasons why Car Overheat. Overheating is a situation that is enough to get any driver fit to be tied.

It doesn’t even get any better if the cause of the issue is unknown which could get you to sweat more. In this article will be a few possible reasons why you might find your car overheating.

Overheating could attributed to:

Failed thermostats can spark trouble for the engine owing to the fact that the thermostat regulates the coolant and helps keep the car’s engine from overheating. Also bad thermostat could be indicated by irregular temperature fluctuations which sometimes comes along with coolant leaks under the car.

2. Faults in Belts or Hoses

Usually overheated engines are attributed to faulty belts or hoses. Belts and hoses play vital roles in cooling, charging systems of the engine and air conditioning. Hoses carry coolant to and from the engine, heater core and radiator. The Belts on the other hand are involved in the transmission of power from the engine to other parts that require power to function such as the fans and air conditioning systems.

4. Low oil level in the system

Oil helps in temperature regulation of your car’s engine by minimizing friction to reduce the heat that is produced. Lack of or less oil in the internal engine will cause friction which generate excessive heat.

The above points are the 4 Possible reasons why Car Overheat. I believe these tips could identify the possible faults to help you overcome or prevent such situations.

How To Buy or Pay ECG Bills Online in Ghana